The 3rd “Buenos Aires Harp Week” will take place 16 to 20 October 2017 at the National Artes University in Buenos Aires. Marielle Nordmann will be the guest of honor and will offer masterclasses as will Oscar Rodriguez Do Compo.

Also the first harp student contest of Argentina for intermediate level will take place within the same event.

All events are co-organized by the “Neuva Escurla Argentina de Arpa”.  For more information contact: international@nearg-harp.com.ar

In October 2017, the Third Buenos Aires Harp Week took place at the National Arts University. It was co-organized by the New Argentinean Harp School NGO. Its president and founder, Professor Oscar Rodríguez Do Campo organized the event, which gathered more than twenty-five harpists and musicians from South America and Europe, together with Artistic Director, Marcela Mendez.

The week was dedicated in memory of the late Mexican harpist, Angel Padilla Crespo.  A special award was presented to Mabel Gomez Oliver, the Mexican Ambassador in Buenos Aires, and Diego de la Vega Wood, Cultural Affairs representative, to be kept within the Mexican Embassy at Buenos Aires in Angel’s name. 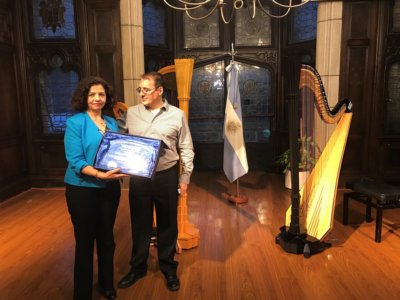 International guests were Elisabeth Plank from Austria, who was sponsored by the Austrian Embassy and presented a special concert, and French legend, Marielle Nordmann, who received the International Certificate of Visiting Professor from the National Arts University and a special award by the New Argentinean Harp School, also presented to Elisabeth Plank. Marielle Nordmann and Oscar Rodriguez Do Campo also gave masterclasses and private lessons.

The First National Contest for Pedal harp also took place during the week.

The Franz Joseph Reinl Competition will take place 22 to 24 February 2018 in Vienna. Invited are harpists born after 1.1.1994, who have not completed their studies and are able to submit a student record.

First round:
I: One sonata by A. Rosetti, J. L. Dussek or S. Corri
II: Any piece by E. Parish-Alvars

The 24th edition of the Flemish harpday will take place on Saturday 11 November 2017 in Leuven.

Thanks to the supporters of Kultuurkapital, Viljandi linn, and Hasartmängumaksu Nõukogu the 10th Nordic Harp Meeting took place in Viljandi, a beautiful town in the middle of Estonia in October 2017. The Nordic Harp Meeting is an annual conference for those who play, build, research or simply like the harp and other unusual string instruments unique to the Nordic countries. There were 80 participants from Estonia, Finland, Sweden, Norway, Iceland, Denmark, Holland, Germany, Check Republic, Russia, USA, and Honolulu.

In Estonia, we have only a few pedal harp players, but we are proud of our young harpist, Kaisa Helena Žigurs, 13 years old, who has already won several prizes in the last number of years. In 2017, she won First prize at the VI Stockholm International Music Competition and at the International Baltic Competition for Young Musicians. 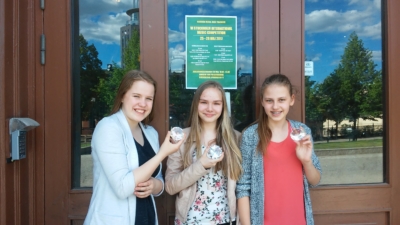 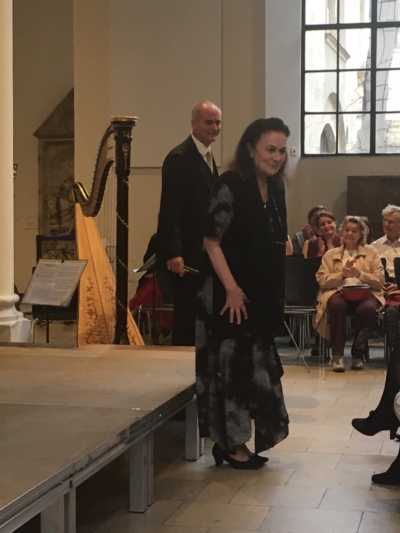 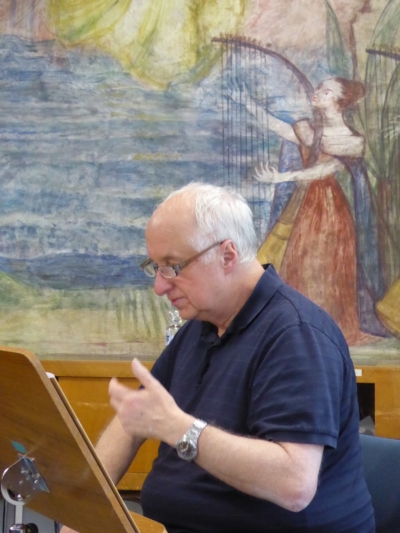 The 3rd International Competition Diapason d’oro for young musicians was held in Pordeone on 6 May 2017.

The 30th International Competition Rovere d’oro was held in San Bartolomeo a Mare.

The Dutch Harp Competition and Festival will take place 12 and 13 May 2018 in Utrecht. Quaterfinals will be held in January across three different locations: New York, Hong Kong, and Utrecht. Application deadline: 15 September 2017. 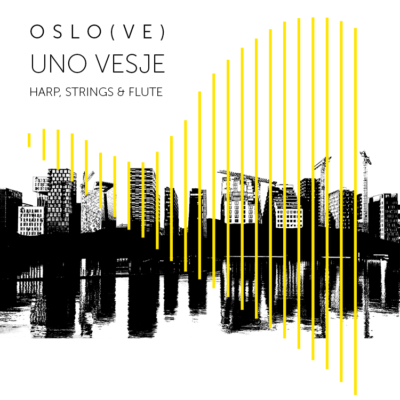 Registration for the competition is only accepted between 1 January and 15 February 2018 via the website: www.kihc.net

The required repertoire is:

The second “Camac Prize Taiwan” will take place in 2018. More details to be announced.
www.camacprizetaiwan.com/

Pancaroğlu performed her new project “One Harp a Thousand Worlds” at Buyukcekmece AKM Bedia Muhavvit Concert Hall on 15 March. Her “Çengnağme” project was performed on 27 March in Bandırma, Ziya Taşkent Concert Hall in Sakarya on 29 and 31 March at Bakırköy Cem Karaca Cultural Center in Istanbul. Pancaroğlu’s sufi music project Şimdi Ensemble, “Eternal Love” was performed at the Historical Grandbazaar, Istanbul as a part of the Istanbul Music Festival on 4 June.

Akyol performed at Tourism Expo in Ankara on 31 March. His Arpanatolia project was performed on 11 July at 13th World Harp Congress, Hong Kong.

Bahar Göksu performed with the Istanbul State Symphony Orchestra on 31 March in Istanbul.

A new çeng has been made with the collaboration of harpist Şirin Pancaroğlu and Graham Muir from Ardival Harps in Scotland in March. 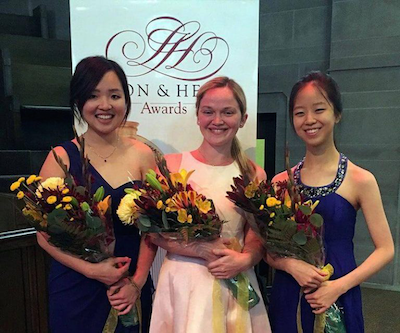